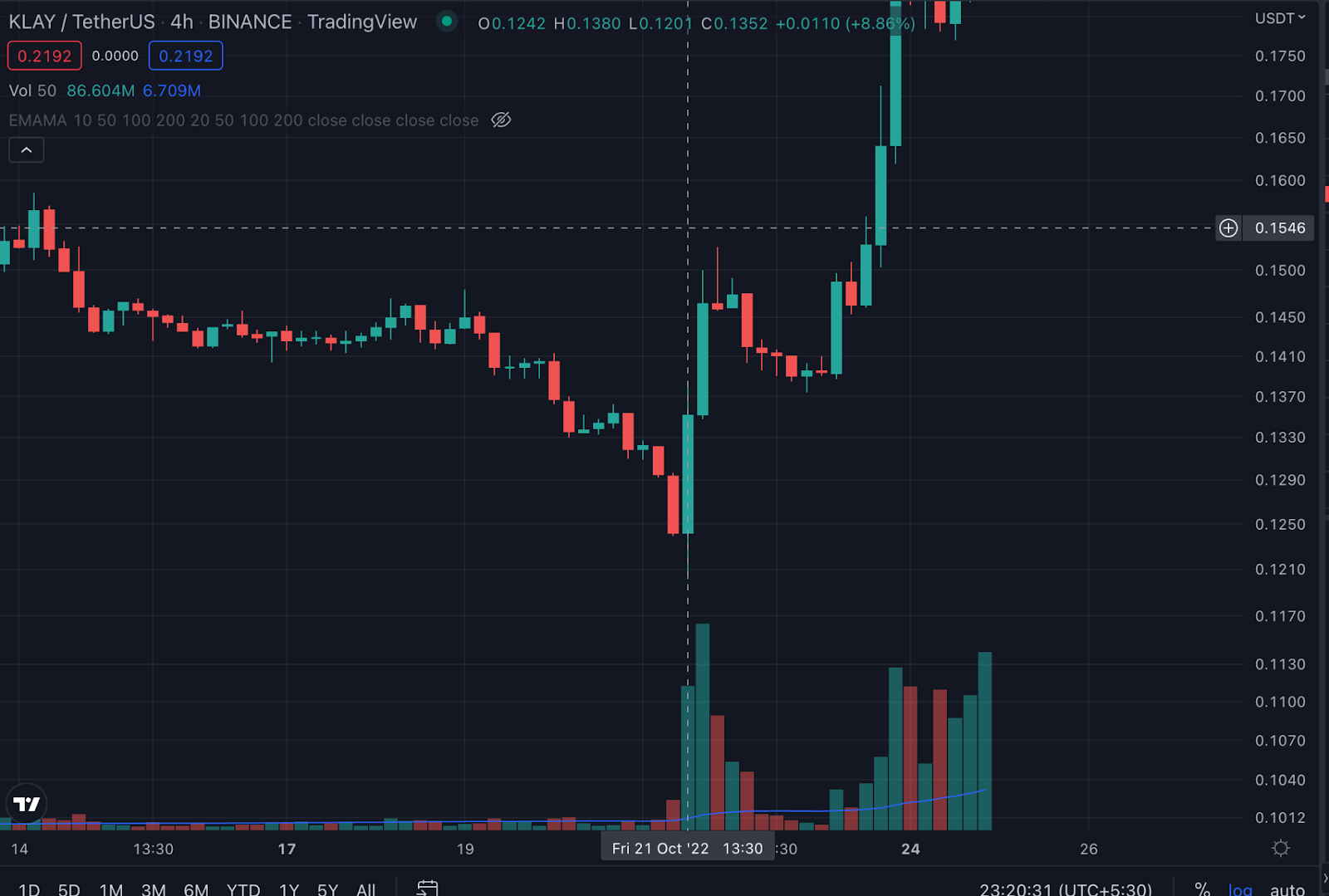 Klaytn is a layer-1 public blockchain focused on the metaverse, gamefi, and maker economy. Blockchain has a block time of 1 second.

Recent developments in the KLAY ecosystem

Last Thursday, Three Kingdoms Multiverse, a multi-game platform, announced release On the Klaytn blockchain. This was the first recent development in a series of significant developments in blockchain. Same Day, Femex Exchange listed KLAY/USDT in the spot market.

Later on Friday, Everstack, a decentralized staking provider, announced That they are a part of the Klaytn ecosystem. Stackers will receive three times higher APR than other validators if they stake KLAY with Everstack.

The major announcement came on Sunday when the Klaytn team announced a governance proposal to reduce the Klaytn block reward. It recommended reducing the block reward by a third. The Klaytn Governing Council passed the resolution this Monday. Block Rewards will appear on-chain from mid-November.

The Klaytn Foundation announced the buyback on Monday. According to the announcement, the funds used for the buyback came from stablecoin reserves held by the Clayton Foundation. Buybacks are strictly limited to spot purchases only from centralized exchanges. During the buyback the Foundation will burn the purchases of KLAY.

Although major developments, such as buybacks, reduction in block rewards, and perpetual trading pair listings on the FTX exchange were announced today, the coin has been pumping in excessive volume on the 4-hour time frame since Friday.

It formed an inverted head and shoulders pattern on Sunday, with a neckline of 0.1508. The coin broke the neckline with impressive volume and successfully retested it before moving on to the next mega upward move. From breakout point, KLAY rallied almost 100%

What next for the coin?

On the 1-hour time frame, KLAY broke a range with volume support between 0.1777 and 0.2052. Before falling into this range, the coin used to go up as high as 0.2865, but came down sharply, creating a big wick. Buyers may have absorbed the selling pressure, and the coin may continue to make higher highs once it breaks out of this base.

Zooming out on the daily time frame, the coin is battling an area of ​​significant resistance. Resistance lies at the 100-day simple moving average (SMA) and the 20-week SMA.

If KLAY makes a daily close above these SMAs, with a breakout of the range on the 1-hour time frame, it will be bullish for the coin.

Have something to say about this KLAY price prediction or something? Write to us or join the discussion on our Telegram channel. You can share us on Tik Tok, Facebook, or . can also catch Twitter,