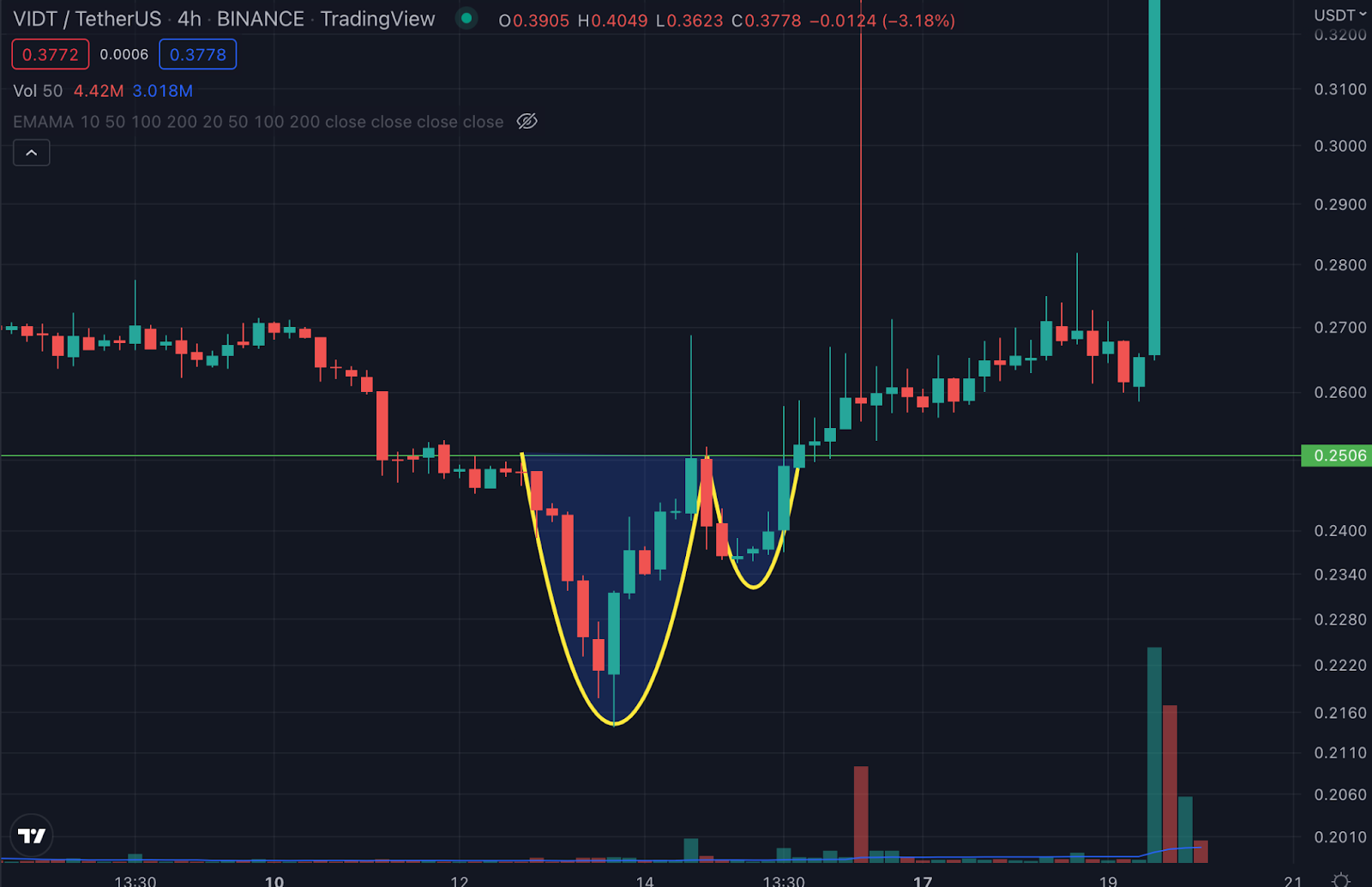 VIDT coin is up over 45% today, making it Binance’s top gainer. Why is the coin pumping?

VIDT DAO is a blockchain data verification platform. Their mission is to enable verifiable trust for the entire Web3 ecosystem. Their customers include the likes of AmSpec and IBM.

Why is the coin pumping?

Recently VIDT announced that they are decentralizing their structure and governance to become VIDT DAO. They plan to do this through the launch of a new smart contract and a new token. today, coin made it For social intelligence platform for crypto, LunarCrush’s top 8 list.

Binance announced that they will support the VIDT Datalink token swap, revaluation and rebranding scheme to The DAO. The coin rose by about 18% in 1 minute when the announcement ended.

The token was in a downtrend before forming a solid foundation of a volatility contraction pattern (VCP) on the four-hour time frame. The coin broke out of the VCP to start an uptrend.

The coin has been trading in a range between 0.3672 and 0.2506 for the last three months. A close above 0.3672 would mean a breakout from the range. If the coin manages to close above it today then the area acting as a strong resistance will convert into support. The volume is more than ten times the average volume of the last 50 days.

Have something to say about VIDT price prediction or something? Write to us or join the discussion on our Telegram channel. You can share us on Tik Tok, Facebook, or . can also catch Twitter,