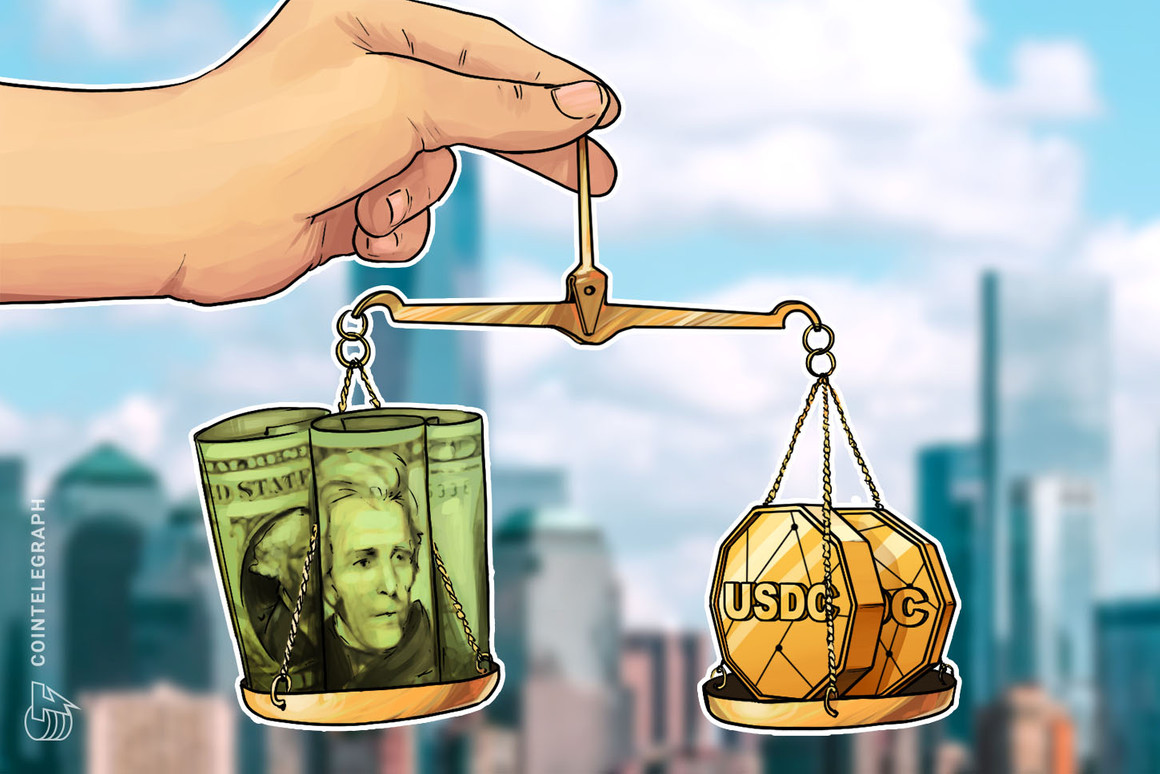 United States-based cryptocurrency exchange Coinbase says the adoption of USD Coin (USDC) has been “more conservative” outside of the U.S., which it believes is a result of international currency conversion fees.

In an Oct. 20 statement, the exchange said there is currently three times more USDC bought with U.S. dollars as compared to other currencies.

“Currently, 3x more USDC is bought with USD versus non-USD currencies. In part this is because, outside of the US, users usually have to pay fees in the process of converting their local currency into USDC, and this is a barrier to broader international adoption.”

The U.S. dollar-pegged cryptocurrency is currently the second-largest stablecoin by market capitalization under Tether (USDT).

Coinbase said it sees the utility of stablecoins such as USDC benefitting residents in countries requiring a coin that doesn’t fluctuate in value, is highly accessible and gives access to decentralized finance (DeFi).

The exchange said it is aiming to “build more on-ramps for users to access USDC,” and will be waiving fees for all customers who buy or sell USDC using any fiat currency.

In 2018, Coinbase along with payments technology company Circle partnered to create the Centre Consortium to develop USDC, which currently is the second-largest stablecoin behind Tether and the fourth-largest cryptocurrency in terms of market capitalization.

Stablecoins such as USDC are seen as a cheaper and faster alternative compared to traditional remittance systems for sending value between parties. A recent report by Chainalysis shows the use of stablecoins for remittances as a key factor driving crypto adoption in Latin America.

The move by Coinbase is the latest in efforts to increase the adoption of USDC, in September, Circle announced it would roll out the stablecoin across five additional blockchains including Polkadot, Optimism, Near, Arbitrum and Cosmos.