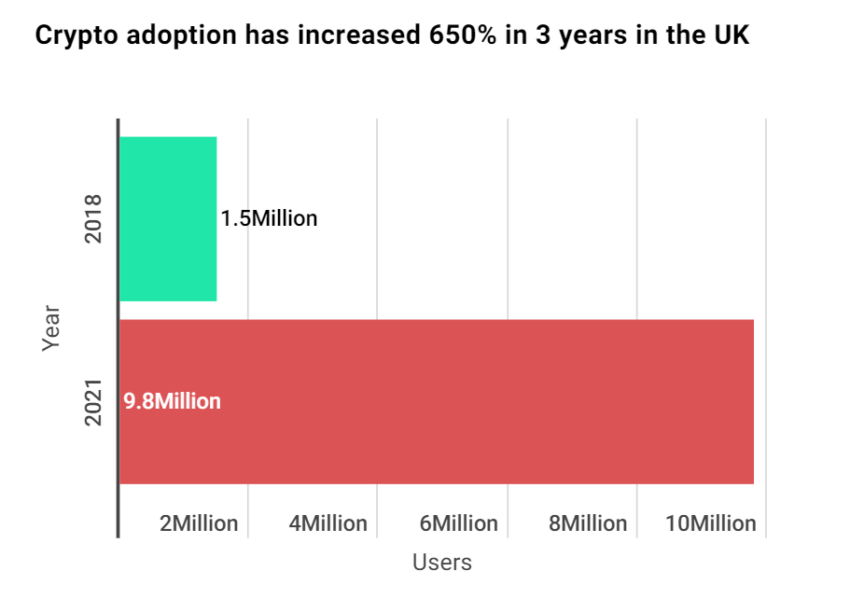 It is one of the worst performing economies in the G7. Its standard of living has declined since the financial crisis, and its place at the top level of economies is becoming increasingly insecure.

Could Web3 be a growth area for the UK? The current Prime Minister used to think so. Earlier this year, then-Finance Minister Rishi Sunak announced that he wanted the UK to become “a global hub for crypto asset technology”.

Young, with degrees in finance and top-class degrees from Oxford and Stanford, Sunak smells of talent and ambition. With his deep pockets and tech billionaire in-laws, he also has the air of a tech bro about him. Although calmer and less dramatic than Elon Musk of Twitter.

However, Sunak’s crypto ambitions don’t necessarily line up with UK policy. The country is already a TradeFi hub. Earlier this year, London was once again ranked as the world’s top global finance centre. If you’re someone who believes that DeFi and crypto can improve – or co-exist – with old-school finance, pursuing the goal of making the UK a crypto hub makes complete sense.

“We want to see the businesses of tomorrow – and the jobs they create – here in the UK, and by regulating effectively, we can give them the confidence they need to think and invest long term. Part of our plan is to ensure the UK financial services industry is always at the forefront of technology and innovation,” Sunak said in April.

Not everyone is on the same page. Especially not the myriad UK regulators.

Advertising crypto-based services and products in the UK can be notoriously difficult. The Advertising Standards Authority (ASA) requires adequate warning for any advertising campaign.

Earlier this year, two similar Crypto.com ads were banned. In one campaign, the company encouraged customers to “buy bitcoin with a credit card instantly.” In that case, the ASA labeled it “deceptive” and “taking advantage of consumers’ inexperience or credulity.”

This week, the ASA issued an order banning Facebook advertising of Crypto.com NFTs. the reason? It “failed to clarify the risks of investing in NFTs” and “did not clarify whether fees would apply.” Without getting into the weeds, what drew Crypto.com condemnation was its use of the word “trading,” which the ASA implied was that the NFT – in this case – was an investment product. Therefore, subject to an additional tranche of advertising regulations.

You can make a very good case that volatile assets like crypto and NFTs need stricter regulations. (Incidentally, this is also an argument the author agrees with.) However, NFTs are unregulated by the Financial Conduct Authority (FCA), so their interpretation is largely in the hands of other regulators. In this case ASA. This brings us to another problem.

As we recently reported, the incoming chair of the FCA has some pretty harsh views on the value of crypto assets. Ashley Adler has described the industry as “deliberately evasive” in large-scale money laundering. When he takes office early next year, it’s likely we’ll get a lot more clarity on things like NFTs and crypto tokens. However, his interpretation of the Primary Law is unlikely to be a positive one for the industry.

Rishi Sunak likely to scale back his ambitions

Despite earlier optimism, the pro-crypto prime minister of the UK is unlikely to maintain his grand ambitions. For starters, his party is 22 points behind in the polls. The opposition Labor Party, out of government for 12 years, is at 47%, having recently achieved its highest polling lead against Sunak’s Conservatives since 1997. Considered an ill omen, Labor won that year in a historic landslide. Simply put; Things haven’t looked so bad for a British prime minister in more than two decades.

Today’s word is caution. When Sunak outlined his plans in April, we were at the tail end of a crypto bull market. The industry had yet to see the Celsius, Terra/Luna and FTX scandals. We were on a somewhat high level, and it was easy to jump into crypto, especially for an ambitious, forward-looking finance secretary. Sunak is now prime minister, and a lot has changed since then.

To make things worse, crypto is unlikely to get a favorable hearing if the Labor Party enters government. In a parliamentary debate in September, Labor Party Treasury spokeswoman Abena Oppong-Asare spoke to many when she said she posed the question: “Does crypto have a future.”

There is also little political benefit from embracing cryptocurrencies. In February, a poll showed that nearly half of Britons would not use the technology. A number that has dwindled since the rolling scandals of 2022.

It’s not all bad for UK crypto

However, there are spots of brightness on the horizon. Sir John Cunliffe, deputy governor of the Bank of England, said he believed there was a “real benefit to the UK in terms of technology”. However, he withheld full-scale support of the region. Criticizing so-called shitcoins that are primarily used for speculation. “Crypto assets that have nothing behind them… I don’t think there’s ever going to be a sustainable financial activity around it.”

There are still crypto advocates in parliament. Scottish National Party MP Lisa Cameron is an example of this. Speaking to Financial News London in September, he said that although he is “not an evangelist…with the passage of time, I have realized that there are opportunities in terms of innovation and job creation. You can’t stick your head in the sand”. and hope it goes away.

Cameron is also the head of the Crypto and Digital Assets All-Party Parliamentary Group. A voluntary association that looks at how the government can interact and legislate with the sector.

A UK-wide Financial Services and Markets Bill (FSMB) is expected to be passed by next spring. The law is expected to give regulators substantial powers over the crypto industry. Its final form will give observers a good estimate of whether the UK will be a crypto hub or a snub.