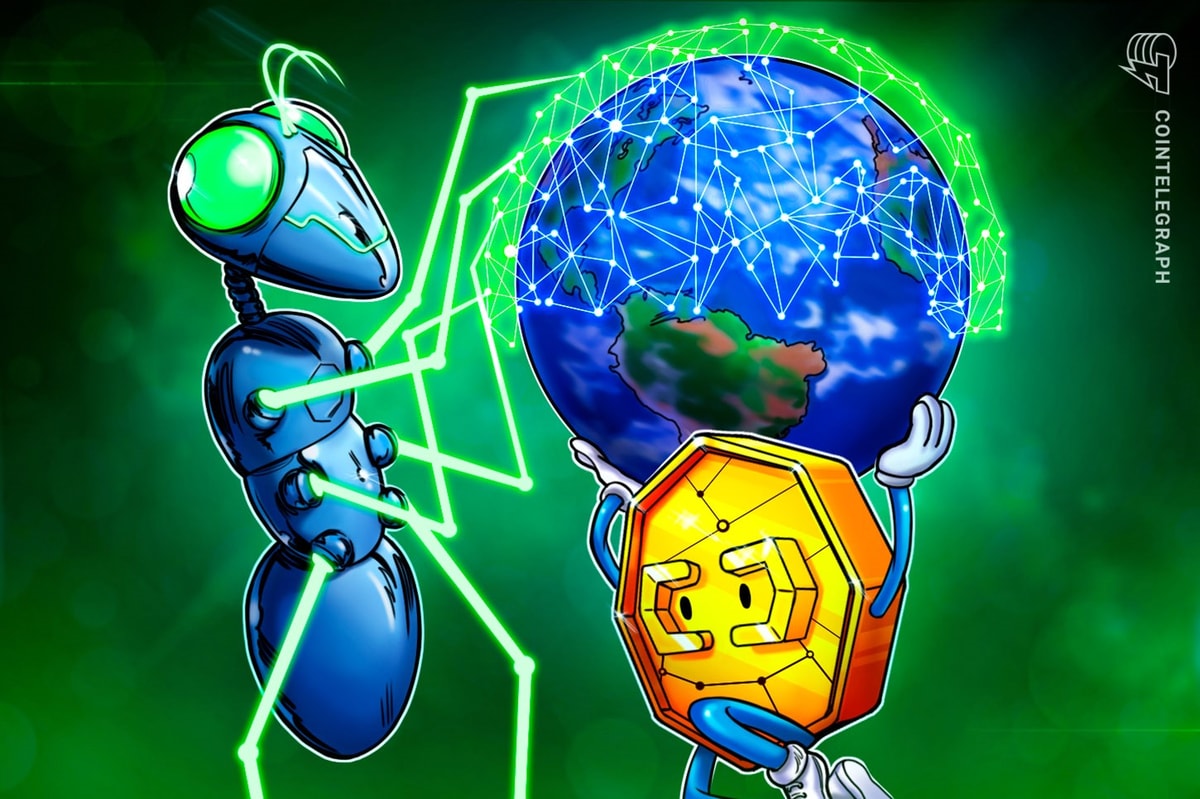 Among the most notable eco-friendly crypto developments in 2022 was the transition of the Ethereum blockchain from a proof-of-work (PoW) to proof-of-stake (PoS) consensus layer. The Merge, completed in September, joined the original execution layer of Ethereum with its new PoS consensus layer, the Beacon Chain. It eliminated the need for energy-intensive mining by enabling the network to be secured using staked Ether (ETH). The conversion reduced the Ethereum network’s energy consumption by 99.9% immediately. Ethereum’s position as a leading programmable blockchain signaled industry-wide progression to low-carbon-emission solutions.

Mohammed AlKaff AlHashmi, the co-founder of the Islamic Coin cryptocurrency, spoke with Cointelegraph about how the sector was evolving to cater to emerging demands.

“In 2022, green projects follow three main vectors. The first is cutting their energy consumption and emissions — such as Ethereum reducing consumption by 99.9% and Polygon presenting itself as carbon-neutral. The second is ReFi — a new trend of regenerative finance that experiments with financial incentives to draw down carbon emissions.”

AlHashmi mentioned that his network had adopted a new emission-reduction model to achieve its eco-friendly objectives: “In the case of Haqq [the blockchain that issues Islamic Coin], the protocol automatically deposits 10% of the issued amount into a special Evergreen DAO, a nonprofit virtual foundation focused on long-term sustainability and community impact.”

Dimitry Mihaylov, chief scientific officer at blockchain gaming metaverse Farcana, told Cointelegraph that lowering emissions and on-chain transaction costs was good for the industry in the long term, as it would attract users, investors, and governments.

“Today, a regular banking transaction consumes an order of magnitude less electricity than a blockchain-based transaction, but we are betting on the development of more energy-efficient mining equipment and faster blockchain protocols. If successful, ‘green’ crypto projects are likely to receive strong support from both governments and potential users.”

That said, 2022 saw the rise of some unique, innovative, eco-friendly cryptocurrency projects contributing to a greener world.

The process functions through a decentralized network of nodes acting as clients and servers connecting with their peers. The low processing power requirements allow anyone with a decent spec computer to farm Chia (XCH) tokens.

Related: How to farm Chia: A guide to XCH token farming using a hard drive

This algorithmic formula rewards a greater allocation of random numbers to farmers with the most storage space, creating more winning chances.

XCH can be farmed using a range of infrastructures, including cloud computing and data storage platforms such as Amazon Web Services. Chia Network’s use cases include support for decentralized finance projects, asset tokenization platforms and decentralized exchanges.

On the energy front, Chia Network claims to use about 0.12% of the annualized energy used by the Bitcoin network. While the concept is inventive, it has drawbacks. Additional demand for hard disk and solid state drives has emerged in countries like China because mining XCH wears out drives in as little as 40 days.

Despite this downside, the network has presented money-making opportunities for data storage providers with unused space and companies with worn but operational data storage hardware that is no longer in active use.

The Algorand blockchain network is built with an environmental focus and has made major strides toward becoming carbon-negative over the past two years.

In 2021, Algorand partnered with ClimateTrade, a a company that uses blockchain technology to help businesses offset their carbon footprint, enabling them to track their emissions in pursuit of broad sustainability goals.

Related: What is the Algorand blockchain, and how does it work?

The partnership enabled a portion of Algorand’s transaction fees to be put aside for purchasing the necessary carbon credits needed to offset the network’s carbon footprint. Algorand is a proof-of-stake blockchain, making it more energy efficient than Bitcoin’s (BTC) proof-of-work consensus mechanism.

For perspective, one Bitcoin transaction consumes approximately 1,206.52 kilowatt-hours of electricity, while Algorand claims one transaction only consumes about 0.000008 kWh of energy.

On-chain transactions are settled using SOL (SOL) — the platform’s native cryptocurrency. The network has, since its inception, been working to achieve carbon neutrality, and it reached the milestone for the first time in 2021 by joining a carbon offset program.

Earlier this year, Solana received a favorable carbon rating from the Crypto Carbon Ratings Institute (CCRI) for consuming the lowest energy at a rate of 0.166 watt-hours per transaction.

While many blockchain networks use the energy-efficient PoS consensus mechanism, Solana’s efficiency is boosted by another novel mechanism called proof-of-history (PoH). With PoH, a timestamp creates a historical record to prove an event has occurred at a specific time. The nifty, pioneering solution allows the network to focus on validating current transactions without having to reference past temporal claims by nodes.

This enables consistency, as nodes must abide by set transaction ordering. The process allows the protocol to be fast and energy efficient.

Avalanche is a blockchain platform that aims to address the blockchain trilemma of scalability, efficiency, and security by using its unique proof-of-stake consensus mechanism. The platform uses its native AVAX (AVAX) token to facilitate transactions and distribute system rewards.

Related: What is Avalanche Network (AVAX) and how does it work?

Avalanche has been lauded as one of the most energy-efficient chains in 2022. According to a research study by the CCRI, the Avalanche public blockchain consumed about 0.0005% of the amount of energy used by the Bitcoin network, which is pretty impressive.

These and other high-efficiency properties have made Avalanche the platform of choice for projects with environmental considerations.

The future of eco-friendly crypto projects

Eco-friendly cryptocurrency projects are here to stay. They are designed to be more environmentally sustainable and are becoming increasingly popular among users due to their scaling capabilities and lower gas fees.

The benefits they provide will likely lead to the development of more environmentally friendly blockchains while encouraging the enhancement of existing ones. That said, 2022 sits at the cusp of a new era where green crypto projects become more prevalent.