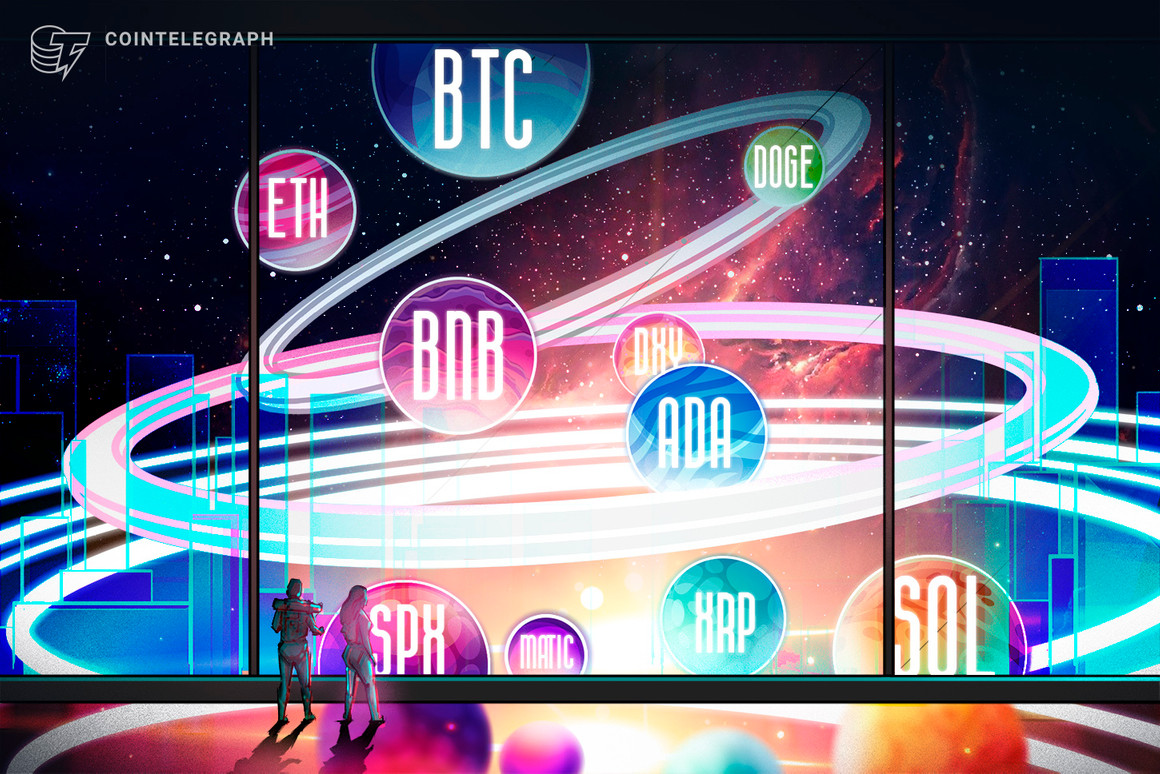 The 10-year Treasury yield in the United States rose to its highest level since 2008. Although this type of rally is usually negative for risky assets, the U.S. stock markets recovered ground after the Wall Street Journal reported that some officials of the Federal Reserve were concerned about the pace of the rate hikes and the risks of over-tightening.

While it is widely accepted that the U.S. will enter a recession, a debate rages on about how long it could last. On that, Tesla CEO Elon Musk recently said on Twitter that the recession could last “probably until spring of ‘24,” and added that it would be nice to spend “one year without a horrible global event.”

Bitcoin’s (BTC) price has witnessed a massive drop from its all-time high but its hash rate remains strong. This has increased Bitcoin’s discount relative to its hash rate in October to its highest since the first quarter of 2020, according to Bloomberg Intelligence senior commodity strategist Mike McGlone. The previous instance of the huge discount was followed by a massive rally that lasted till 2021. McGlone believes the same could happen again this time and Bitcoin may outperform most major assets.

Let’s study the charts of the S&P 500 index (SPX), the U.S. dollar index (DXY) and the major cryptocurrencies to spot any reversals.

The S&P 500 index rose above the 20-day exponential moving average (EMA) ($3,702) on Oct. 18 but the bulls could not build upon this strength and challenge the downtrend line. This suggests that the bears have not given up and are active at higher levels.

The 20-day EMA is trying to flatten out and the relative strength index is above 46, suggesting a possible range-bound action in the near term. Buyers are likely to defend the zone between $3,568 and $3,491 while the bears will try to stall the recovery in the $3,762 to $3,800 zone.

If the price turns up and breaks above $3,800, it will break the lower lows and lower highs pattern. The index could then rise to the 50-day simple moving average (SMA) ($3,885).

The bears will regain their hold if they manage to sink the price below $3,491. That could start the next leg of the down move to $3,325.

The U.S. dollar index remains in a strong uptrend as the bulls are not allowing the price to break below the 20-day EMA (112).

The bulls will have to propel the price above the $113.92 to $114.77 zone to resume the uptrend. Buyers tried to do that on Oct. 21 but the long wick on the day’s candlestick shows that bears are aggressively defending the overhead zone.

The sellers will attempt to gain the upper hand in the near term by pulling the price below the 20-day EMA. If they succeed, the index could sink to $110. Buyers are likely to defend this level and a bounce off it could keep the index range-bound between $110 and $114.77 for some time.

On the downside, a break and close below the uptrend line could point to a trend change. Alternatively, a rally above $114.77 could indicate the start of the next leg of the uptrend to $117.14.

Bitcoin bounced off the nearest support at $18,843 on Oct. 20 but the bulls could not overcome the obstacle at the 20-day EMA ($19,318). This suggests that the bears want to further cement their hold.

Ether (ETH) is struggling to rise above the 20-day EMA ($1,313) but a minor positive is that the bulls have not allowed the price to sustain below the immediate support at $1,263.

If the price turns up from the current level and breaks above the 20-day EMA, the ETH/USDT pair could rally to the downtrend line of the descending channel. Buyers will have to thrust the price above this resistance to indicate the start of a new up-move.

On the contrary, if the price continues lower and breaks below the $1,220 to $1,190 support zone, the selling could intensify and the pair could drop to the psychological level at $1,000 and then to the support line of the channel.

BNB (BNB) has been trading below both the moving averages and the bears are trying to sink the price to the support of the range at $258.

The gradually downsloping 20-day EMA ($274) and the relative strength index (RSI) in the negative territory indicate advantage to bears. The $258 level is likely to witness a tough battle between the bulls and the bears. If sellers come out on top, the BNB/USDT pair could drop to $216.

Instead, if the price turns up from the current level or the $258 support, the bulls will try to push the pair above the moving averages. If that happens, the pair could attempt a rally to $300. This level is likely to act as a strong barrier but if bulls overcome it, the pair could rally to $338.

XRP (XRP) plunged below the developing symmetrical triangle pattern on Oct. 20 but the long tail on the candlestick shows that the bulls are buying the dips to the 50-day SMA ($0.43). Buyers again defended the 50-day SMA on Oct. 21.

The 20-day EMA ($0.46) has started to turn down and the RSI has slipped into negative territory, indicating that the bears have a slight edge. If the price turns down from the current level or the 20-day EMA, the bears will try to pull the XRP/USDT pair to the breakout level of $0.41. This level is likely to attract strong buying.

Cardano (ADA) has been in a downtrend for the past several days. After a two-day relief rally, the selling resumed on Oct. 18 and the bears have pulled the price to the support line of the wedge.

The sharp selling of the past few days has sent the RSI tumbling deep into the oversold territory. This suggests that the selling may have been overdone in the near term and a relief rally or consolidation may be around the corner.

If the price rebounds off the support line, the ADA/USDT pair will attempt to rise to $0.36 and then to the 20-day EMA ($0.38). A break above this level will be the first indication that the bears may be losing their grip.

On the downside, if the price breaks below the support line, the selling could further pick up momentum and the pair could plummet to $0.30.

Solana (SOL) dropped below the $29.42 support on Oct. 19, indicating increased selling pressure from the bears. The selling continued and the $27.87 support was taken out on Oct. 21. This clears the path for a retest of the crucial support at $26.

The downsloping moving averages and the RSI in the negative territory indicate that bears are in control. If the SOL/USDT pair does not rebound sharply off $26, the possibility of a break below it increases. The pair could then decline to the next support at $22.

Contrary to this assumption, if the price turns up from the current level or $26 and breaks above $30, it will signal accumulation at lower levels. The bullish momentum could pick up in the near term after the pair breaks above the 50-day SMA ($32.28).

Attempts by the bulls to push Dogecoin (DOGE) above the moving averages have met with significant resistance from the bears. The sellers will now try to sink the price to the support near $0.06.

The downsloping 20-day EMA ($0.06) and the RSI below 45 suggest that bears have the upper hand. If sellers sink the price below the support, the DOGE/USDT pair could plunge to the June low near $0.05. The bulls will have to defend this level with all their might because if the support cracks, the pair could start the next leg of the downtrend.

If bulls want to prevent a collapse, they will have to quickly push the price above the moving averages. The pair could then rise to $0.07 where the bears may again mount a strong resistance.

If the price sustains below the moving averages, the likelihood of a drop to the $0.71 to $0.69 support zone increases.

If the price rebounds off this zone, it will suggest that the MATIC/USDT pair may consolidate in a tighter range between $0.69 and $0.88 for a few days. The flattish moving averages and the RSI just below the midpoint also suggests a consolidation in the near term.

On the other hand, if the price quickly reverses direction and breaks above $0.88, it will suggest a change in sentiment from selling on rallies to buying on dips. The pair could then climb to $0.94 and later to $1.05.