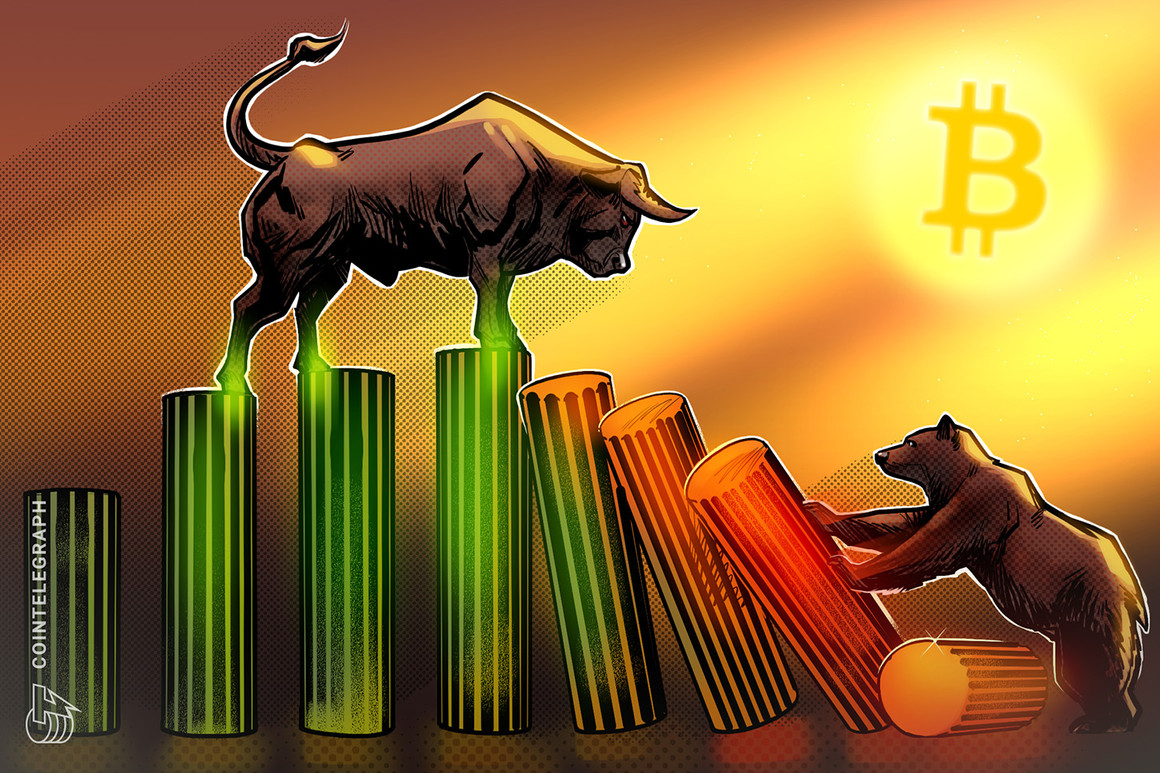 An army of small Bitcoin (BTC) investors has been fighting with their larger counterparts for months to keep the price above $18,000.

Bitcoin fishes have been accumulating BTC during the coin’s sideways trend. For instance, the net Bitcoin supply held by addresses with 100-1,000 BTC balance has increased from 3.71 million in June to 3.77 million in October, according to data provided by Glassnode.

Similarly, the supply of Bitcoin held by addresses with a 10-100 BTC balance has also risen from 3 million to 3.15 million in the same period. The trend is similar across the entities holding anything between 0.001 and 10 BTC.

Meanwhile, the same period of Bitcoin’s sideways price action has coincided with a decline in BTC supply held by whales. For instance, the Bitcoin supply held by the 1,000-10,000 BTC cohort has dropped from 3.82 million to 3.69 million since June.

A basic interpretation of the on-chain data mentioned above is that fishes are more confident than whales about a potential Bitcoin price bottom near $18,000.

But while these small investors may have been absorbing massive selling pressure created by larger investors, the downside risk is historically greater with a decreasing whale population, as shown below.

Interestingly, one of the few exceptions is when Bitcoin’s reached its all-time high price of $69,000 while the number of whales remained relatively flat. This may suggest that whales are having less influence on the market compared to previous years, particularly as the balance on exchanges continues to hit multi-year lows.

Fishes continue accumulating amid reports that investors are viewing Bitcoin as a safe haven asset all over again.

For instance, Alkesh Shah and Andrew Moss, digital strategists at Bank of America, cited Bitcoin’s weakening correlation with U.S. stock indexes and strengthening correspondence to gold’s price moves as a sign that the cryptocurrency is looking to live up to its “digital gold” narrative in the future.

Notably, Bitcoin’s 40-day correlation with riskier markets, such as Nasdaq Composite and S&P 500, has been flattening near 0.69 and 0.75, respectively, which are below their record levels from a month ago. On the other hand, its correlation with gold has surged from zero in August to 0.67 in October.

“A decelerating positive correlation with SPX/QQQ and a rapidly rising correlation with XAU indicate that investors may view Bitcoin as a relative safe haven as macro uncertainty continues and a market bottom remains to be seen,” they wrote.

Related: Bitcoin will shoot over $100K in 2023 before ‘largest bear market’ — trader

Others, however, expect Bitcoin’s price will eventually break down below the $18,000-support level. They include independent market analyst Filbfilb who argues that BTC price could drop as low as $10,000, given the tight correlation with risk assets and macroeconomic headwinds.