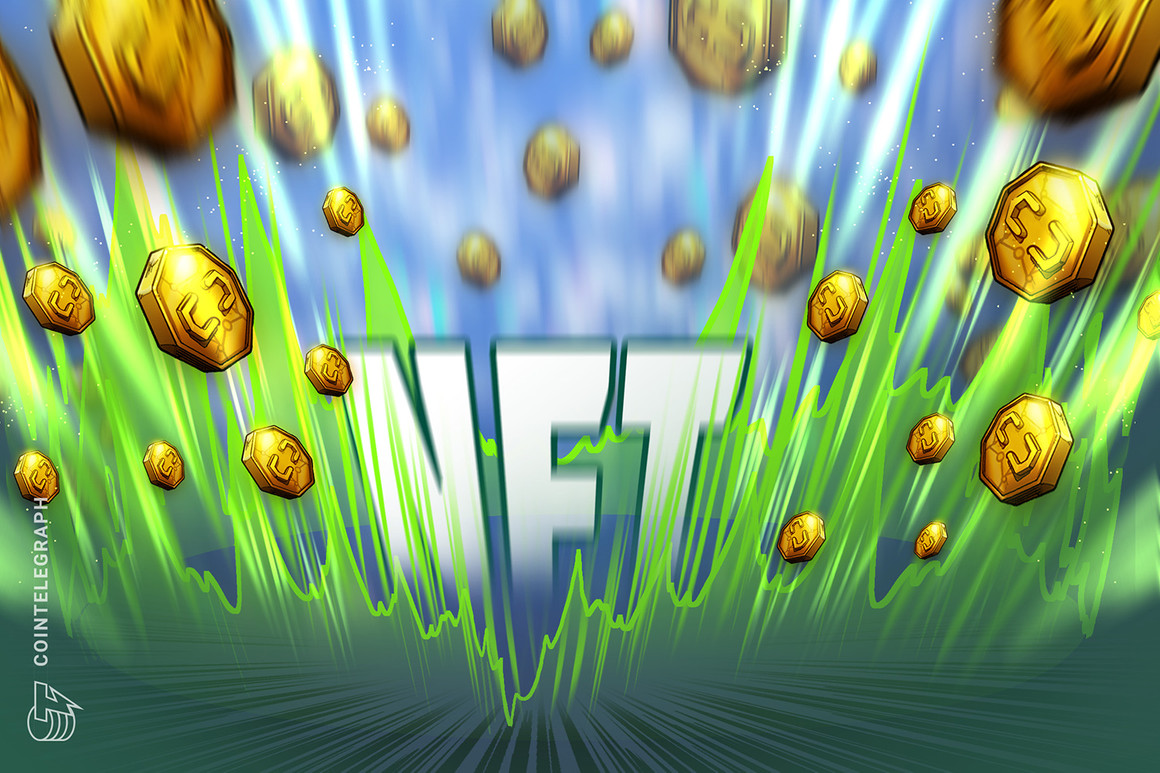 Reddit’s Polygon-based nonfungible token (NFT) venture continues to impress, with three of its tokenized avatar collections cracking the top 10 projects on OpenSea in terms of sales volume this week.

Looking at the 24-hour sales volume chart, Spooky Season by Reddit user poieeeyee is ranked second with 274 Ether (ETH), or $401,000 at the time of writing, worth of sales, behind only Yuga Lab’s Bored Ape Yacht Club (BAYC) at 684 ETH.

Zooming out to the seven-day sales volume chart, Spooky Season is the sole Reddit project cracking the top 10 with its 880 ETH ($1.2 million) worth of sales, placing it as sixth at the time of writing.

For anyone unfamiliar with Reddit’s NFT project, it offers a Collectible Avatars Creator Program which enables users to create and sell profile picture (PFP) NFT collections with artwork based on the Reddit mascot logo Snoo.

The move has been a hit so far, with Cointelegraph reporting on Oct. 24 that the number of wallets holding Reddit NFTs had hit around 2.8 million since launch in July.

A judge from the High Court of the Republic of Singapore has drawn on existing property laws to grant a motion to refrain a defendant hodler from selling a BAYC NFT, as he likened the asset class to physical property such as luxury watches or fine wine.

The dispute in question involves Plaintiff Janesh Rajkumar, who alleges that defendant chefpierre.eth broke the terms of an NFT loan agreement and foreclosed on the token too early.

According to court documents, via the NFTfi platform, Rajkumar had borrowed crypto assets from chefpierre.eth by putting up his BAYC NFT as collateral but had set terms in which the asset would not be liquidated without giving “reasonable opportunities to make full repayment of the loan.”

After the NFT was liquidated, chefpierre.eth went on to list the NFT for sale. However, Rajkumar then filed a lawsuit and motioned for the court to bar the sale for the duration of the case.

Get a teardrop tattoo in the metaverse, your grandma won’t care

In a launch announcement this week, the firm outlined that it will allow “metaverse-goers and gamers to customize their avatars and accessories with tattoos and skins from the world’s most exciting tattoo artists.”

A key focus for the firm will be offering tattoo artists ways to expand their presence outside of their shops, bring more exposure to their artwork and designs and build a digital community.

“Giving people the ability to represent themselves online through wearable art is an important part of their digital experience. Likewise, tattoo artists are looking for ways to expand outside their physical studios and share their designs more broadly,” the announcement reads.

According to Swallow, more than 100 tattoo artists have signed on from the jump, such as popular podcaster Joe Rogan’s go-to artist Aaron Della Vedova. 25 business partnerships have also been penned, including two blockchain-based metaverses in Bloktopia and CrypCade.

With the recent debate over whether royalties from NFTs are good for the industry or not, which some projects have opted to move away from the model, asset manager Galaxy has emphasized that the community should be careful about shifting away from what it deems as a “core value proposition of NFTs.”

In a lengthy report, Galaxy highlights data indicating that more than “$1.8 billion worth of royalties have been paid out to creators of Ethereum-based NFT collections” so far, suggesting a “strong contingent of users willing to pay royalties.”

Related: Potential US ban is a reminder that influencers should dump TikTok

Ultimately, the report notes that it is too early to tell which NFT sales model will be best, as more solutions will likely emerge with different platforms and companies going down different paths.

“Only time will tell if creators continue to reap benefits from secondary sales, or if they will lose out on potential income in favor of a ‘pure’ ownership model.”

After recently enabling NFT purchase support on its app store, Apple has essentially reiterated that its 30% sales commission fee on all in-app purchases will apply to NFTs, as it will not enable apps to direct users to external avenues to purchase the NFTs.

Cointelegraph reported on Oct. 24 that search data from Google Trends shows that the keyword “Web3” has picked up steam and recorded an all-time high in terms of peak popularity in 2022, while global Google searches for “Bitcoin” has reached their lowest point in over a year.