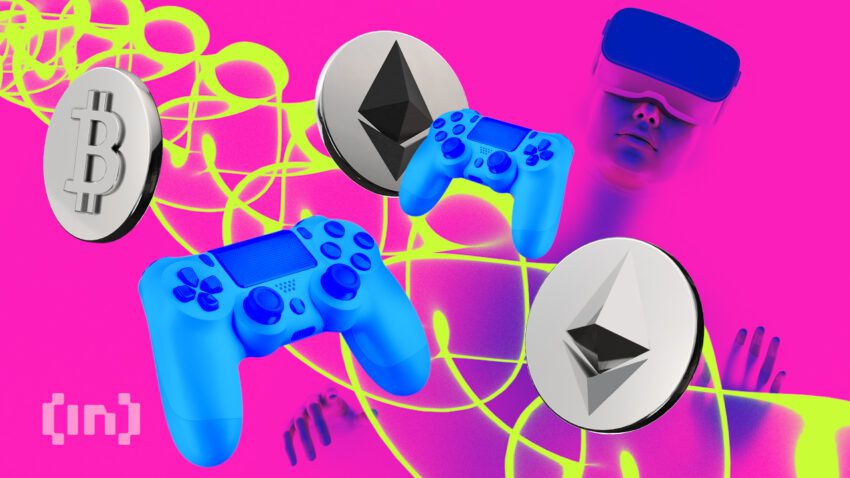 Play-to-die: what if death in crypto gaming could be permanent, just like it does in real life? It will “open up all new types of experiences and gameplay.” This is according to crypto researcher and investor Dave Stanton.

Stanton put forward what appears to be a wild idea. It is play-to-die. He wants to build a system that allows a beloved character who dies in a game to die forever. The character is minted as a non-fungible token (NFT) that can be bought or sold on the open market.

Once the character dies, it burns the NFT.

,[I] believes that the value potential of NFT characters is much higher than that of traditional game characters,” Stanton wrote in a blog. “Thus, it is more interesting and engaging than ever to introduce the concept of die damage into the game. “

Play-to-die: Dead but alive as NFT

Death is not a new concept in gaming, so play-to-die can be a smooth transition. Characters “die” in first-person shooter games, or FPS, as well as in role-playing games (RPG) games. Players get a set number of lives, either a finite amount or an infinite.

However, the current idea of ​​death in gaming represents “nothing more than a feedback mechanism that you have performed poorly in a certain aspect of gameplay.” In real life, when you die “it’s game over for good.” When you play to die, you die.

Stanton believes that the experience of real death can be applied to cryptocurrency gaming. He hopes it will “unlock new experiences in gameplay, new earning opportunities for gamers, and potentially create some of the most enticing spectator experiences ever.”

Their plan revolves around non-fungible tokens, immutable and unique units of data stored on the blockchain. NFTs can be used to represent objects such as photos, videos, audios and other types of digital files. And now the dead characters in the gaming metaverse.

“NFTs can be bought, sold, traded or used in other contexts outside of just a game,” he said. “These points are significant… compared to previous game experiences. Instead of just being able to use the character in that game, a player can now buy/sell on the open market.”

Stanton also talked about the development of NFTs that can be shared and traded across different blockchains. “This means that the characters will have a lot of value (not just monetary value but emotional value to the player) because they are not tied to a game,” he explained.

“This interactivity can manifest in a number of ways. Being able to use a character in multiple games is obvious. I think there could be promotional partnerships, membership opportunities, and more that we can’t imagine at the moment.” are,” Stanton said.

How does this work?

Non-fungible tokens have given rise to new possibilities in the creation and circulation of art. He has received support from pop figures such as Snoop Dogg, Paris Hilton and Madonna.

Regarded by some as the wild west of the blockchain industry, non-fungible tokens have even begun to attract criminals into the industry. Rag-pull issues are common. Users have also lost thousands of NFTs worth millions of dollars in phishing attacks.

In his foreword, Dave Stanton theorizes how permanent death might work in crypto gaming. He envisions a first-person shooter combat game or other fighting or war game. The player’s character in this game is NFT.

As someone wins a battle, they earn skills. However, if you lose a fight your character dies and it burns the NFT. What could this mean?

“If the game was very popular, any player could start from nothing and build a highly skilled character purely on merit,” Stanton elaborated.

“Theoretically, highly skilled characters would be rare as many would die at all times in the game. They could then play with this character or sell it to someone who wants a skilled fighter but works to acquire it.” don’t want to.”

Stanton argued that this “could create earning opportunities for good gamers with little or no capital. Rarity is not random (like current NFT mints) but is based on skill, effort, and survival.”

“I think there is also the opportunity to unlock skins or items just by reaching certain levels or surviving a certain number of battles. This will create additional value for these characters in the game beyond just skill,” he said.

Stanton’s plan means that there is a possibility that “the audience will become more attached to the various highly skilled long-running characters.” he explained:

“Streaming fights/fights can attract many more viewers within gaming and more importantly outside of it. The biggest sporting events in the world (Super Bowl, World Cup, Olympics, etc.) have similar sports fans as well. Many ‘non-sports fans’ get to watch. [This is] Because of the scale of interest in these events and its impact on pop culture. Since the characters will ‘die’ in the game if they lose, it creates a lot of emotion for the audience and can be more interesting than the current games. ,

Not everyone is as thrilled with Stanton’s idea. Long Du, game director at NFT pixel art play-to-earn gaming platform Anomura, told BeInCrypto that the concept of permanent death was weak in crypto gaming.

“The weakness of the model is that most investors want to see models where there is little risk and big upside,” Du said.

“For example, projects where there is no cost to investors, but there is a huge upside if the secondary sale goes viral and the floor price allows them to profit. This kind of model goes against that current thinking. Goes by a simplification [point of view] This makes sense for people with a high risk tolerance. There is an audience for this, but it may not be perceived very well by traditional investors in Web3.”

Dave Stanton acknowledged the failure of previous experiments with permanent death in the gaming world.

However, “if this is adopted in crypto gaming, we will see a number of new lower barriers to entry for gamers to merit-based economic opportunities.” Also, “likely” is [for a] Revolution in game viewing as it will feel more real and visceral for non-gaming audiences. Just like sports fans feel when watching a sport, knowing that athletes are putting their bodies and, in some cases, such as with motor sports and combat sports, their lives are on the line. ,

According to DappRadar, the blockchain gaming industry witnessed significant growth during the third quarter of 2022.

The number of unique active wallets in the sector increased by 8%, or 912,000, month-on-month, ensuring that Web’s share remained above 48% in Q3. With over 1.33 million unique wallets, Gameta was the most used dapp in September.

It added that move-to-earn gaming projects are gaining popularity. Sweat Economy mined a record-breaking 10,000 NFTs on the Near Protocol. Blanco’s Block Party and Star Atlas, NFT Games online, became the first Web3 titles to be released on the Epic Games Store.

Gods Unchained climbed into the top five collections by NFT trading volume. It recorded sales of over $18 million in September. Investment in blockchain-based games and metaverse projects fell in Q3 ($1.3 billion) compared to Q2, a decrease of 48%.

However, this is almost double the total amount raised for the entire 2021. DappRadar said in its third quarter report: “The future of blockchain gaming is bright, and it is well on its way for Web3 to be at the forefront.”

Play-to-die: Will it fly? Let’s see this space.

Have something to say about play-to-die gaming, web3 gaming, or something else? Join the discussion on our Telegram channel. You can share us on Tik Tok, Facebook, or . can also catch Twitter,