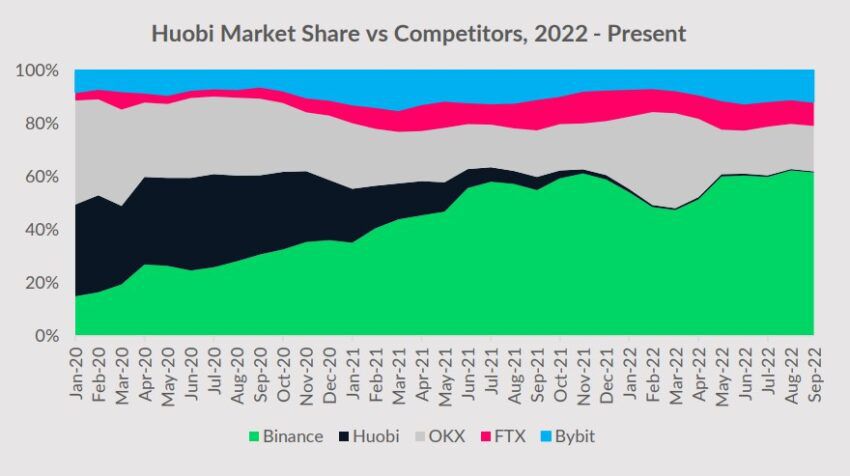 Reportedly, Justin Sun’s team at Tron has taken over important portfolios of the exchange. The report continues that Sun is looking to cut the exchange’s workforce because it believes “too many people.”

While Justin Sun has yet to confirm the exchange’s acquisition, he now plays an active role in the crypto firm’s operations. He also added Huobi’s URL to his profile on Twitter to show his power over the company and announced that he would be Huobi’s global advisor.

TRON founder Justin Sun also made a number of positive tweets about Huobi, explaining some of the recent moves and records the company has made.

Sun’s interest in Huobi comes as no surprise, as it used to be one of the largest crypto derivatives trading platforms in the world. But the exchange lost its edge last year after China banned citizens from crypto trading. Indeed, the ban on crypto has had a significant impact on Huobi’s user base.

Data from CryptoKitties shows that China’s ban on crypto has had a significant impact on Huobi’s user base. Crypto derivatives trading volume fell 27% in September alone.

On yearly indicators, its numbers have declined 77%, with Binance overtaking Huobi as the leading crypto derivatives trading platform.

In a separate development, Huobi recently announced that it would be delisting its stablecoin HUSD. The exchange has already started delisting the currency and converting users’ HUSD to USDT at 1:1.

According to its official release, it will complete the conversion on November 4, 2022 at the latest.

Meanwhile, in an October 11 Coindesk interview, Justin Sun said that Huobi “will probably list all cryptocurrencies against USDD.” USDD is a Tron-based algorithmic stablecoin that Sun believes is safer and more secure than the collapsed Terra’s ecosystem, UST’s failed stablecoin.