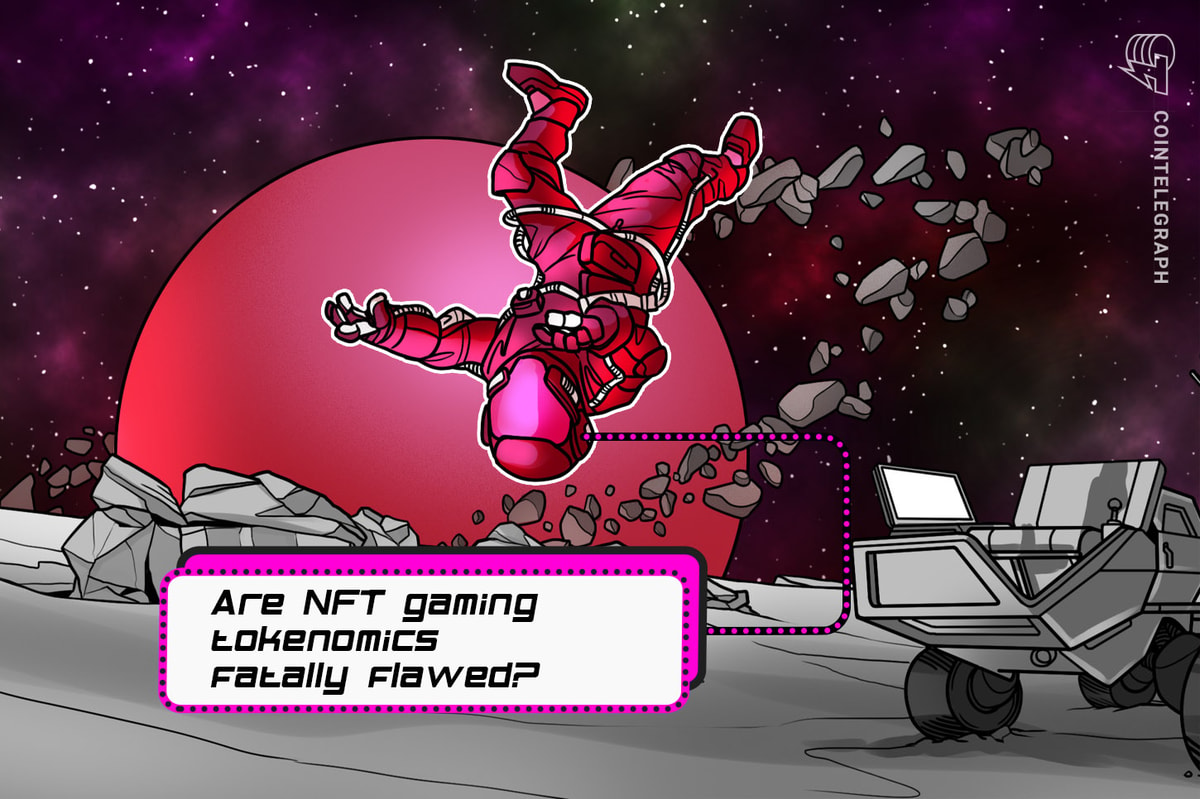 Blockchain gaming and the play-to-earn model were all the rage in 2021, but over time, the model declined as a few kinks were revealed and the wider nonfungible token (NFT) and crypto market hit a few speed bumps.

It’s safe to say, the sector is “down, but not out,” and it’s entirely possible that blockchain gaming could see another 2021-style surge once the wider market regains its momentum.

In the most recent episode of NFT Steez, a weekly Cointelegraph podcast hosted by Alyssa Exposito and Ray Salmond, the founders of Crypto Raiders joined to discuss the state of blockchain gaming and the future of play-to-earn-based projects.

According to the founders, Crypto Raiders is an NFT-based dungeon crawler, and in the episode, each agreed that the current blockchain gaming landscape should focus on sustainability and “fun” first.

Can the play-and-earn model work in Web3 gaming?

Co-founder Nick Kreupner spoke about the adoption of “hybrid models” for play-and-earn gaming, stating that the current sentiment is more so due to the nature of humans being “short-term reactive” and quickly believing that they should be dismissed.

However, Kreupner acknowledged that while it’s natural to assume the worst, in reality, “the [P2E] model needs tweaks and multiple attempts before it actually works.“

In fact, the team at Crypto Raiders has been hunkering down and sorting the possibilities of hybrid models and how the can function as an interplay of gaming done on and off the blockchain.

“Where do the [player] earnings come from?”

This sentiment stems from the current landscape of play-and-earn models that generally derive their earnings from new players, which is why they are often seen or portrayed as Ponzi schemes.

According to Kreupner, a hybrid model would appear as both pay-to-play (P2P) and free-to-play (F2P). In this hybrid model, new players could easily enjoy the game for free but would need resources to progress — in this case, in-game assets farmed by the P2P players.

Fun over “financialization”: The path to mass adoption

When asked about concerns around fun and gaming being monetized, the Crypto Raiders team recognized that traditional and Web3 gamers are both worried that the monetization of gaming mechanics could tarnish their hobby.

As a solution, Crypto Raiders prefers “play-to-own” rather than “play-to-earn” as a way to drive home the value players receive from provenance when compared with AAA games. Although many gamers have expressed their desire to have more ownership and autonomy when it comes to gaming, Kreupner stated that it wasn’t surprising that gamers think negatively of Web3 games.

“Gamers really push back against microtransactions,” so when it comes to NFT gaming, the backlash is expected. Interestingly, though, many gamers would love the opportunity to be in the gaming sector “while making money doing it,” said Kreupner.

While traditional gamers appear to have a distaste for Web3 games, co-founder David Titarenco emphasized the importance of games being accessible to see adoption. In terms of onboarding and the success of a Web3 game, he framed the process as such:

“Get your grandma in the Midwest to play it.”

To hear more from the chat with Crypto Raiders, make sure to listen to the full episode of NFT Steez on the new Cointelegraph Podcast page or on Spotify, Apple Podcasts, Google Podcasts or TuneIn.

The views, thoughts and opinions expressed in this podcast are the participants’ alone and do not necessarily reflect or represent the views and opinions of Cointelegraph.

UK Prime Minister Rishi Sunak's win was a victory for crypto
Who were the pro- and anti-crypto winners and losers from the US Midterms?
Ethereum price soared to a 9-week high of $1,400