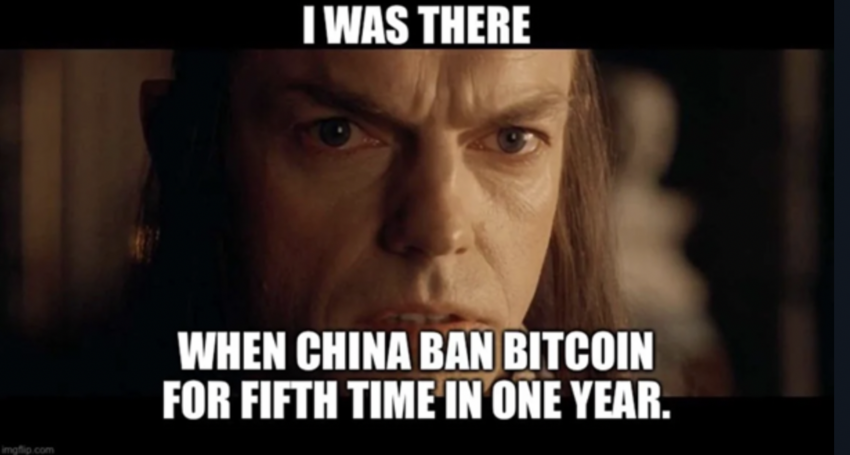 China would not be China if there were no ways to circumvent the strict rules. Owning crypto is still legal and legally secure. Most people in the West underestimate the flexibility of the Chinese system. Chinese entrepreneurs are masters of the gray area.

China has long been the largest and most vibrant crypto market in the world, today, an entire industry has disappeared. Obviously, though, is the keyword here. Because China would not be China if there were no ways to circumvent the strict rules.

Despite a half-dozen restrictions on crypto-related activities, the government has never restricted one thing, to actually owning crypto.

Yes, you read that right, the ownership of bitcoin (or any other cryptocurrency) in China is still legal and legally protected.

And if you can legally own something, you also have the right to sell it to someone else. After all, this is legal property, and everyone can decide for himself what to do with it. You will face legal problems only when you try to set up a professional trading in cryptocurrencies.

The hold on property rights may come as a surprise to some. Finally, the Chinese government views private cryptocurrencies as a means of large-scale money laundering, tax evasion and illegal fundraising. However, this should come as no surprise to those who know China well. There is ambiguity in the system.

China and Cryptocurrencies: A History of Misunderstandings

China is the only country in the world that has managed to remain officially communist while operating an ultra-capitalist economy. Similarly, the country has managed to become the largest economy with strict crypto regulation as well as one of the most active crypto markets.

This may sound contradictory, but Paradox is exactly what the Chinese economy lives on, They make the inherently rigid, bureaucratic system incredibly flexible.

The reasons why cryptocurrencies are so popular in China are obvious: an oppressive government, strict capital controls, and massive state surveillance. All these drive the demand for immutable, privacy-focused and freely transferable assets.

A Chinese friend and former bitcoin-miner told me a long time ago:

“The Chinese buy crypto because there is no other way to protect our assets. Everyone also knows that the stock market in China is manipulative and inefficient, and asset prices are already very high. How else can we invest and hope to create wealth for ourselves? ,

However, creating wealth for its citizens is certainly not the main reason China has tolerated (semi) cryptocurrencies for a long time. The main goal of the government has always been To stay in control while being open to new, promising technologies, As Kai von Karnap, an analyst at Europe’s largest China think tank, explains: “The government is happy to have all the ‘free’ expertise in cryptocurrency and blockchain-related areas, while keeping a large number of engineers engaged.” Today, someone programming on Ethereum can switch to government initiatives such as China’s BSN (Blockchain Service Network) or write smart contracts for e-CNY.

This means that cryptocurrencies didn’t really have a chance to be legalized in China. but it also means There is no reason for the government to ban them completely, Instead, the authorities have opted to take repeated actions to keep large sections of the population away from such undesirable activities. Also, they allow certain people to play along as long as they do not engage in fraudulent activities or money laundering.

This approach to new technologies and the economy, in general, is one system and surprisingly one-sided. Most people who see China from outside do not understand this.

Since we come from constitutional societies in which the constitution clearly defines what it allows and what does not, Most Chinese in the West underestimate the flexibility of the system, You see some bureaucrats in Beijing who make strict rules and take it at face value. However, the actual implementation is often an entirely different matter.

The law in China is not always meant for citizens to follow to the letter, they see it as a tool in the hands of the government. It is often used only when something gets out of hand. In practice, local authorities often turn a blind eye. From the outside, it seems quite arbitrary, but for entrepreneurs familiar with this system there is a lot of scope. And one thing is certain: Chinese Entrepreneurs Are Masters of the Gray Area,

They have long been used to conduct legitimacy at the border, after all, all private business in China was illegal until the beginning of the reform period.